SATURDAY HEADLINES:
Zelensky declared conditions and terms for the end of the war on the Donbas.  Putin threatens to leave Ukraine without gas in the event of a transit cessation.  Distributing passports to ORDLO will cost Russia $100 billion, The Kremlin did not support Trump's idea of ​​abandoning nuclear weapons.  Lukashenko has made an alarming statement to Ukraine about the war.  Putin: I do not rule out meeting with Zelensky. A simplified procedure for obtaining Russian passports can be extended to all residents of Ukraine - Putin. Zelensky denied the information of the Turkish media about rest on a 40-meter yacht. "Russia wants further escalation and chaos of Ukraine". Putin's intention to hand over passports to all over Ukraine is preparing for the future armed "protection of fellow citizens". PCU has forgiven Zelensky jokes about "thermos", - Filaret. The "Right Sector" fighters are destroying terrorists in the Donetsk Basin. VIDEO.

This was announced by the Speaker of the Volodymyr Zelensky headquarters Dmitry Razumkov on the air "112 Ukraine".

"Unfortunately, there is nobody's method for ending the war tomorrow, but there is an understanding of how it is necessary to go in order for this world to come and the world should come on the conditions of Ukraine. If we follow the principle and the proposals that are given from Russia, it would probably be possible to come to this world, but I think that none of the patriots of this country is such a way unacceptable, "Razumkov said.

Razumkov also called the decree of the Russian president on simplifying the issuance of passports to residents of the occupied Donbass actual recognition of Russia.

"In fact, this is a recognition of the Russian Federation. If they said in the Crimea that they occupied him, they call this annexation a return to their homeland, then at present, they are confirming that they are an aggressor country in this process," the procedure for simplifying the procedure for obtaining Russian citizenship", - said Razumkov.

Putin said this at a press conference in Beijing, reports Interfax.

According to the president of the Russian Federation, if Ukraine refuses to transit Russian "blue fuel", then it will remain without gas.

"And if there is no transit, you understand that then there will be no reverse, because the reverse is virtual, there is no real reverse! It's impossible to start gas in the morning with a transit pipe to Europe, and at night turn to reverse mode. It is technologically impossible to do it. Gas goes to Europe, the branch from the transit gas pipelines goes to the entire territory of Ukraine, gas is taken in the usual mode, then it is written on paper that it is a reverse, "Putin said. 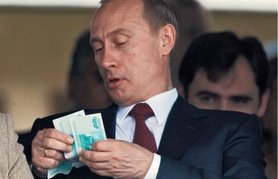 Costs in connection with the provision of Russian citizenship to inhabitants of the occupied regions of Donetsk and Luhansk regions, under the simplified procedure, may reach 100 billion rubles ($1.5 billion - Ed.).

"Indeed, this next year and in subsequent years can reach about 100 billion dollars - not in one year, but for several years," Putin said.

According to the Russian leader, these costs will in no way affect payments to Russian pensioners.

"This is not something critical for us, which can put at risk the fulfillment of our obligations to Russian pensioners... Such will not be exact, it's not even close," he stressed.

Read also: Putin's intention to hand over passports to all over Ukraine is preparing for the future armed "protection of fellow citizens" - Ariev

Currently, pension reform is in progress in Russia. The retirement age is gradually raised to 60 years for women and 65 years for men. According to the Accounting Chamber of the Russian Federation, this will allow to save about 490 billion rubles ($7.6 billion) annually in the next 6 years, reports  Novaya Gazeta .

Recall that on April 24, Russian President Vladimir Putin signed a decree on a simplified regime for the issuance of Russian citizenship to residents of the so-called "DPR" and "LNR".

On Saturday, April 27, Putin said that the simplified procedure for obtaining Russian passports could be extended to all residents of Ukraine.

The Kremlin did not support Trump's idea of ​​abandoning nuclear weapons

The Kremlin did not support Trump's idea of ​​abandoning nuclear weapons 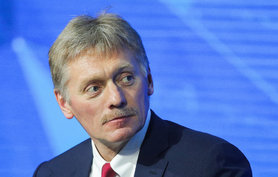 Russian Presidential Press Secretary Dmitry Peskov said clearing the world of nuclear weapons would be perfect, but one can not forget about "restraining parity".

This is cenzor.NET, informs with reference to "Interfax" .

"It would be perfectly clean the whole world from nuclear weapons ... Still, do not forget about the restraining parity, which guarantees that nobody will show insanity and make no terrible mistake," said Putin's spokeswoman.

He added that the US authorities did not discuss with the Russian side the idea of ​​abandoning nuclear weapons.

"It's very difficult to take any general words. The intentions are good, but it would be nice to know the details that President Trump's mind means," Peskov told journalists.

He stressed that "in the sense of a serious initiative, this can not yet be evaluated, because there is no concrete yet."

Putin: I do not rule out meeting with Zelensky

Putin: I do not rule out meeting with Zelensky 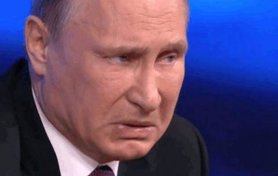 Russian leader Vladimir Putin said that he does not exclude possible meeting with the winner of Ukrainian elections Vladimir Zelensky.

As the cenzor.NET, reported by RIA "Novosti" .

Also, the Russian leader stressed that he would talk with Zelensky about how he is going to end the conflict in the Donbass without the implementation of Minsk agreements.

"Everyone is tired of the conflict in the Donbass, everyone is waiting for the future president of Zelensky to make his decisions," Putin said. 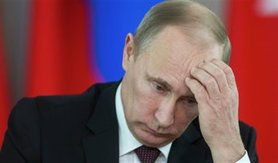 Russian President Vladimir Putin said that in the future Ukrainians can simplify the receipt of Russian citizenship.

As the cenzor.NET, reported by RIA "Novosti".

He clarified that the simplified order can spread to all residents of the country.

"We generally think about giving citizens of Ukraine our citizenship in a simplified manner," Putin said.

Press service of Volodymyr Zelensky said that the Turkish mass media have distributed fake information about alleged rest of the leader of the presidential race on a big yacht in Turkey.

This is stated in a statement circulated by the press service of Volodymyr Zelensky, informs censor.NET with reference to "Interfax-Ukraine".

"I'm a simple man, and I'm right. I do not need yachts and villas. I just want to stay with my family and children for two days," Zelensky quoted his press service.

The statement states that in some media outlets in Turkey, in particular, in the Milliyet publication there were fake news about the newly elected president of Ukraine, who allegedly intends to rest in Turkey on a 40-meter-long yacht.

"Unfortunately, the creation of fakees and the dissemination of inadequate information - one of the diseases of the modern media - has no borders, including geographical ones." The press service of Volodymyr Zelensky officially refutes this information, and insists on refuting this false information in the Turkish media, in particular, the edition Milliyet", - emphasizes in the statement.

As previously reported by censor.NET, on April 26, Vladimir Zelensky informed that he flew for 2 days to rest in Turkey. "We agreed to be open, so here we fly to Turkey, I bring children to the annual" Veselo "festival," Zelensky wrote. 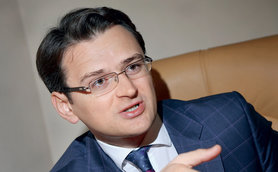 Permanent Representative of Ukraine to the Council of Europe Dmitry Kuleba commented Putin's words that Russia could begin to provide its citizenship in a simplified manner to residents of all Ukraine, and not just the occupied territories of the Donbas.

"If the Russian Federation wanted a compromise and resolve the conflict, it would now refrain from escalating and leave space for diplomatic maneuvering to the new president of Ukraine, but Russia wants to further escalate and chaotize Ukraine, and therefore continues to complicate the rules of the game."

Recall that on Saturday, April 27, Russian President Vladimir Putin said that the simplified procedure for obtaining Russian passports could be extended to all residents of Ukraine. 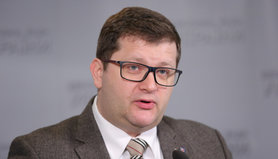 Volodymyr Ariev, the people's deputy of Ukraine, the head of the parliamentary delegation of Ukraine to the PACE, commented on Putin's statement on the distribution of Russian passports to all Ukrainians.

As censor.NET reports, he wrote about it on Facebook.

Aryev said: "Everything is becoming more serious. Putin's intention to hand over passports to all over Ukraine is preparing for future armed" protection "of fellow citizens.

The new president and his Zee team (or Rakomanda) are clearly not ready for the upcoming events. And this is an occasion for state and patriotic forces to be prepared to be self-organizing again, as in March-April 2014.

Unfortunately, it seems like a new one, I can not even print the "head of state", will have to force to act. Constantly Force ". 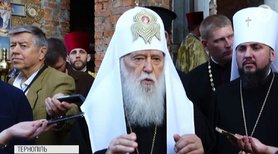 The Orthodox Church of Ukraine has forgiven Vladimir Zelensky a joke in which he called the Tomas of the Ecumenical Patriarchate - "thermosom".

As the censor.NET reports, this was stated by the patriarch of the Orthodox Church of Ukraine Filaret in an interview with Radio Liberty.

"Of course, we can not call Tomos, for which we have fought for more than 25 years, a thermos." It's insulting for the church - Tomos, which has a great significance for us, called "thermos," Filaret said, adding that Zelensky had already apologized for this joke.

"But we say goodbye to the newly-elected president and do not get offended," he added.

The "Right Sector" fighters are destroying terrorists in the Donets Basin. VIDEO

The "Right Sector" fighters are destroying terrorists in the Donets Basin. VIDEO
Commander of the 1st Assault Company DUK "The Right Sector" Dmitry Kotsyabaylo (Da Vinci) has published a video of the destruction of terrorist nodes.

As censor.NET reports, he wrote about it on Facebook.

The warrior said: "What does one OSH DP of AC in the front? - destroys the enemy. Direct healing of ATVD in the DZOT of Russian military."