SUNDAY HEADLINES:
Russian trolls change strategy for interfering in the US elections.  Russia is preparing an attack on Ukraine.  The Russian General Staff prepares for the Third World War.  In Moscow, a record number of people came to a rally against Putin.  It became known how nuclear missiles in the West could at one time appear near the borders of Russia.  NATO pockets in the US: the truth about the Kremlin's main myth is revealed.

Russian trolls change strategy for interfering in the US elections

Russian trolls change strategy for interfering in the US elections 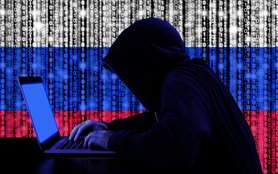 The Russian Internet Research Agency, known as the troll factory of the Russian Federation, is changing the strategy of interfering in the US elections in 2020.

As informs Censor.NET with reference to the League, Bloomberg reports.

According to experts on cybersecurity, Russian trolls are trying to circumvent Facebook and Twitter's efforts to find and remove fake content created by hackers to split American society during the 2016 presidential campaign.

Now hackers do not create content, but generate fake accounts for the distribution of existing messages. "Instead of creating content on our own, we see that they are distributing content," said John Cooltwist, director of analytical analysis at FireEye Inc.

"Thus, he (content - ed.) Is not necessarily fake, and this gives them the opportunity to hide behind someone else," he added.

Senior Research Fellow at Symantec Corp. Kenned Vouth says hackers are breaking computers and using them to create a large number of social account accounts that look like they are with their subscribers and keynotes on the page.

It is noted that this is not a new technology, but from 2017 to 2018, experts noted the prevalence of cases of creating new content with the help of counterfeit accounts and the transition to the creation of massive platforms for subscribers.

"The fact that it is practically not weakened and only intensifies during electoral cycles is a campaign for malicious foreign expansion, especially with the use of social networks," said the director of the FBI Christopher Rey. "This is going on and we are getting ready for it to continue and grow to 2020," he said.

Head of Cybersecurity Policy on Facebook Nathaniel Gleicher complained that controlling these attempts was an "incredibly difficult balance".

Russia is preparing an attack on Ukraine

Russia is preparing an attack on Ukraine
The head of the delegation of Ukraine to the Parliamentary Assembly of the Council of Europe Volodymyr Aryev said that Russia's next attack could occur at the time of Ukraine's greatest weakness, as it was in 2014.

"Crimea and part of Donbass were temporarily occupied, while the rest was repulsed at the cost of thousands of lives and because of the supremacy of the restored Armed Forces. Now that shock battalion groups along the Ukrainian-Russian border have already been formed, the domestic disorder must be artificially created when the Russian-speaking aitaks in uniforms under the guise of Ukrainian nationalists attacking the police, and there behind this one political interest, which either did not read the Ukrainian history centuries ago, or vice versa, even worse - very well studied,"- noted he.

According to Aryev, Russia "begins to warm" armored vehicles on the border with Ukraine.

The Russian General Staff prepares for the Third World War

The Russian General Staff prepares for the Third World War
Chief of the General Staff of Russia Valerii Gerasimov presented in Moscow a new military doctrine, which provides for the preparation of Russia for a large-scale war

This is stated by a military observer of the opposition "Novaya Gazeta" (Moscow) Paul Felgenhauer on the pages of the publication, reports Espresso .

At a meeting of the Academy of Military Sciences in Moscow on March 2, Gerasimov made a report, which uses the terminology of the era of the Cold War.

"Now the United States and their allies are called" aggressors ", ready to treacherously attack at any moment, applying" technology "of colored" revolutions and soft power", as well as" probable opponents ", as it was fifty years ago," - writes Felgengauer.

Thus, according to the author, the civil protests "if desired, can be classified as betrayal and conspiracy with the aggressor."

According to Gerasimov, along with asymmetric, political, economic, informational and other non-military measures to combat the enemy, the main role is devoted to the issue of "preparation for war and its conduct by the Armed Forces".

"And it's just a large-scale, rather than a local war, says Gerasimov, as likely opponents are also preparing to fight seriously", - says in the material "New".

Gerasimov also emphasized that "the complexity of modern weapons is such that it is unlikely that it will be possible to set up its production in the short run with the onset of hostilities. Therefore, the head of the Russian General Staff believes that everything necessary should be produced in the necessary quantity and sent to troops even in peacetime."

In 2013, Gerasimov presented at the meeting of the Academy of Military Sciences a report, which outlined the methods of "hybrid war". Ideas of "the doctrine of Gerasimov," notes Felgenhauer, were in one form or another implemented in the Crimea, the Donbass and Syria.

As the president of the Eastern Partnership Institute (Israel) Abraham Shmulevich explained on the program "Studio West" with Antin Borkovsky on Espresso .TV, about a year ago, Putin is actively preparing to begin the Third World War, which he needs for another 10 years.

In Moscow, a record number of people came to a rally against Putin

In Moscow, a record number of people came to a rally against Putin 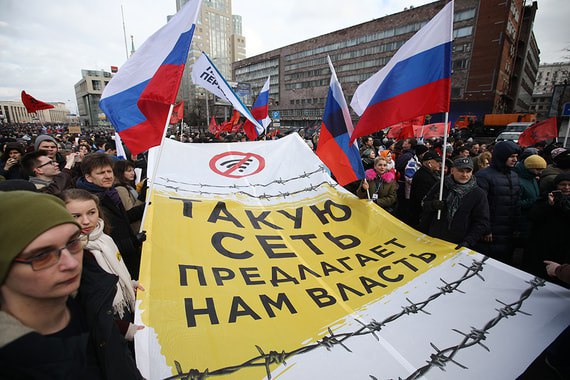 On Sunday, March 10, a rally against the isolation of the Internet in Russia was held in Moscow on Academician Sakharov Avenue .

This is reported by RosMMI, and photos are published in social networks.

So, the participants of the event opposed the bill on sovereign Internet, which in February was adopted by the State Duma in the first reading.

According to the "White Counter" project, which deals with counting people at mass events, 15,200 people were traversed to the territory of the rally by 15.30 (Kyiv time). The crowd started chanting several times: "Skip!", Since the passage process was very slow.

According to various data, during the rally, 16 to 28 people were detained.

It became known how nuclear missiles in the West could at one time appear near the borders of Russia
Nuclear missiles that are in Russia can be delivered to the European part in a day or two, as they are on mobile installations.

This was in an interview with "Apostrophe" the head of the "Civil Liga Ukraine-NATO" Sergey Dzhordzh.

"Therefore, the principle here is not the one where the missile unit is deployed, but the one that these missiles are mobile and can be used. "Europeans do not have such missiles today because they were withdrawn under the terms of the treaty. There are intercontinental ballistic missiles in the US that , of course, can give a blow to the RF response,"- said the expert.

Derge admits that such a variant is possible if it is necessary to answer the provocations of Russia.

"The option is possible, but nobody has already said about it, and the Russian Federation is already imposing some conditions. In fact, it is an outpouring of the general hysteria, pushing the arms race, because in any case everyone will seek symmetrical and asymmetrical answers to the challenge that Russia makes", - he added.

NATO pockets in the US: the truth about the Kremlin's main myth is revealed

NATO pockets in the US: the truth about the Kremlin's main myth is revealed
When NATO was created , the United States did not want to take part in it, because the Alliance was needed for small European countries, which, after the Second World War, understood that Europe would not survive another war.

This was in an interview with "Apostrophe" the head of the "Civil Liga Ukraine-NATO" Sergey Dzhordzh.

"Therefore, the Netherlands, Belgium, Luxembourg, Norway, Denmark initiated the creation of an association in which all countries would take care of their security together. The United States did not take part in this process, believing that such a security system, when most of the countries in it are in Europe, America has nothing to do", - he said.

The expert noted that in the United States, it was understood that in the event of joining the Alliance, "one needs or takes someone else's side when there are conflicts between participating states or to protect everyone together with some kind of external power."

"The states did not really like that, but then, under the pressure of French President Charles de Gaulle and other leaders, agreed and, in principle, was the success of Europeans," he said.

According to Jerzy, at the moment, NATO is two parts of transatlantic unity.

"NATO, as an institution, is a structure twice as powerful as individual European countries," he said.