SUNDAY HEADLINES:
A scandalous killer from Russia blew up in Kiev's apartment.  The EU denied the words of Tymoshenko about an anti-corruption investigation on Poroshenko.  Russia pushes the Council of Europe to self-destruction, - Kuleba spoke about Russia's new attempt to return to PACE.  We are waiting for the adoption of Russian citizenship: they discuss the statements of John Travolta about Russia.  "Contribute to Ukrainian democracy," US Ambassador Jovanovic called on Ukrainians to vote in the presidential election.  US State Department urged Russia to return the political prisoner Mushroom Ukraine. US Ambassador urged Ukrainians to come to the polls. In the branch of the bank in the Odesa region found a "black box" of 1.3 million UAH for interference in the election - the prosecutor's office. In Russia, they hinted that Putin in Belarus could get on his teeth on it.

A scandalous killer from Russia blew up in Kiev's apartment

A scandalous killer from Russia blew up in Kiev's apartment
On March 23, in a Holosiivskyi district of Kiev, a long-wanted citizen of Russia, a suspect in the murder, was blown up in a residential building.

After a detailed review of the scene, law enforcement officials assume that the explosion occurred due to the careless handling of the explosive device. Police also found the person of the deceased. He was a 28-year-old citizen of the Russian Federation, who was wanted for murder in Ukraine and took an apartment on the prospectus of Science.

At the inspection of explosives removed fragments of a homemade explosive device, several passports of different states and mobile phones. Investigators are now determined by the legal qualifications of what has happened. 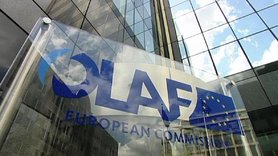 The European Anti-Abuse and Fraud Office (OLAF) did not open any inquiries into the current President of Ukraine Petro Poroshenko.

This was reported to the "European Truth" in the press service of the EU Delegation in Ukraine.

"OLAF confirms that there are no investigations involving the President of Ukraine. In the event of any information that may be of interest to the investigation, OLAF will assess it in the context of our normal procedures," the report said.

On Saturday, presidential candidate and Batkivshchyna Party leader Yulia Tymoshenko stated that OLAF and the British Office for the Investigation of Fraud had opened cases against the current President, Petro Poroshenko, related to corruption.

Russia pushes the Council of Europe to self-destruction, - Kuleba spoke about Russia's new attempt to return to PACE

Russia pushes the Council of Europe to self-destruction, - Kuleba spoke about Russia's new attempt to return to PACE 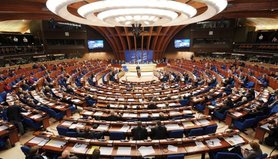 The Russian Federation is already preparing its fourth attempt to renew membership in the Parliamentary Assembly of the Council of Europe (PACE), selected through aggression against Ukraine. For this, the Kremlin is pushing the Council of Europe to "self-immolation" and "self-destruction".

According to the Censor.NET with reference to UNIAN, such a statement was made by Permanent Representative of Ukraine to the Council of Europe Dmitry Kuleba. According to him, the previous three attempts of Russia managed to stop thanks to the efforts of Ukraine and its partners.

"The position of Ukraine is simple: we are not against Russia being in the PACE, but it can return after it removes the reasons for its exclusion, and the reasons were that Russia has committed aggression against Ukraine. Russia must take serious steps to de-colonize the conflict. and correcting the situation that she created, "the Ukrainian diplomat stressed.

Russia, in his words, on the contrary, wants "to make PACE recognize its responsibility for the fact that in 2014 it was PACE, and not Russia made a mistake, violated European rules by applying sanctions against the Russian Federation."

"A classic Russian trick: turn the problem upside down and demand its solution," he said.

"It will be indicative June, because under this PACE session, the PACE is trying to change the rules for Russia. We will make every effort to ensure that Russia does not return to the PACE under the Russian conditions," the diplomat said.

We are waiting for the adoption of Russian citizenship: they discuss the statements of John Travolta about Russia

We are waiting for the adoption of Russian citizenship: they discuss the statements of John Travolta about Russia
The network discusses the words of American actor John Travolta, who came to Moscow (Russia) and said that he loved their country.

This is reported by the Russian Ministry of Education and Science.

According to the actor, he admires the culture of Russia.

"The best artists, artists, writers, best music, ballet - anything you want! It's all Russia! It's impossible to deny." And if someone denies or ignores it, it's unwise, all the more beautiful is the basis of everything in you, you in Russia have something to be proud", - he said.

Also, Travolta shared which of the Russian art workers loves the most.

"I love Chekhov, Dostoevsky, I admire artists from Kandinsky, Malevich, and I, of course, everything closest to dance, ballet, Balanchin, Nuriev, Baryshnikov," the American said.

Users commented on his words online.

"For them, Russia is a country of literary works ... Snow, and the bridegroom on the trio of horses ... Votetavsya. Romance of 150 years ago" - wrote on the Internet.

"Contribute to Ukrainian democracy," US Ambassador Jovanovic called on Ukrainians to vote in the presidential election. VIDEO

The corresponding video of the diplomat is posted on the page of the American ambassador to Facebook , informs censor.NET.

"If you still do not plan to vote in the presidential elections in Ukraine, I urge you to do this. Democracy works only with the active participation of citizens, and elections are how we determine who will be our leaders and we tell them what we expect. from their actions", - said Jovanovich.

According to her, "The United States supports the people of Ukraine in anticipation of free, fair and secure elections."

"We urge the Ukrainian authorities, society and all citizens to contribute to Ukrainian democracy," the ambassador said. 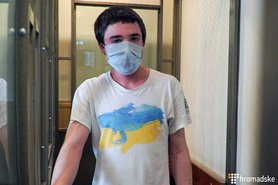 censor.NET informs about this, citing the Facebook page of the Embassy of Ukraine in the United States.

The US Department of State said that the mushroom was convicted because of the rejection of Russian aggression.

"We are concerned about his health, Russia must urgently return it to Ukraine and remove the allegations," said Robert Palladino, a representative of the State Department.

Recall that Igor Gryb told about the kidnapping of his son Paul by Belarus's special services: "The FSB dismissed Paul in Gomel under the guise of meeting with a girl and detained." Pavlov Gryb On August 24, 2017, went to meet with a girl, whom she only talked to through social networks, to Belarus. After that disappeared.

When Igor arrived in Belarus, he was informed that his son had been wanted by the FSB RF. The border authorities of Belarus refused to inform their father of any information about his son. Paul's father is confident that the RF special forces carried out this operation in order to lure his son into Belarus and "put on him handcuffs for posts in social networks there." At the same time, the State Border Guard Service of Ukraine officially confirmed the fact that Paul Gryb crossed the border with Belarus.

On September 7, 2017, the director of the Consular Department of the Ministry of Foreign Affairs of Ukraine Vasyl Kirillich said that 19-year-old citizen of Ukraine Pavlo Gryb, who disappeared in the Belarusian city of Gomel, is in the administration of the FSB of Russia in Krasnodar.

According to Russian media, investigators believe that Pavlov Gryb is allegedly a supporter of the extremist UNA-UNSO banned in Russia and suppose that he allegedly inclined a famous resident of the Kuban to blow up a homemade explosive device on the graduation line in Sochi.

In the branch of the bank in the Odesa region found a "black box" of 1.3 million UAH for interference in the election - the prosecutor's office

In the branch of the bank in the Odesa region found a "black box" of 1.3 million UAH for interference in the election - the prosecutor's office
In the Odesa region, law enforcement officers found the facts of the illegal organization of the electoral process in favor of one of the political forces. The network of unlawful activities was launched on the territory of 5 districts of the region: the Baltsky, Podolsky, Oknyansky, Kodimsky and Savransky.

censor.NET informs about it  , referring to the press service of the prosecutor's office of the Odessa region. 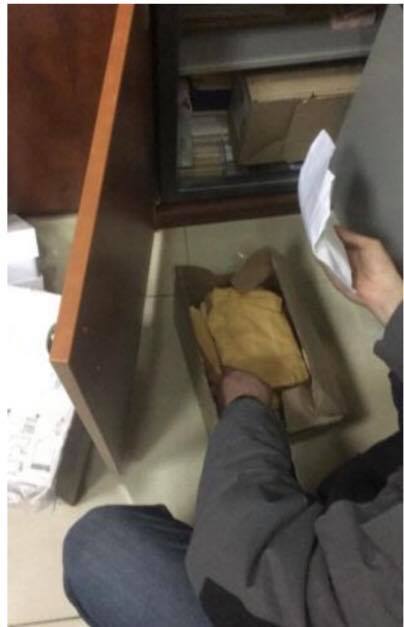 "Black board" was located and worked in the regime of one of the offices of "Privatbank" Podolsk - in the office of the head of the said department. A citizen since 2011 holds the post of head of a structural unit of the bank, long before the transfer of the banking institution to the status of the state, "- said in a statement.

Law enforcers found criminals during the distribution of 1 million 300 thousand UAH for future remuneration under the control of members of commissions and observers. 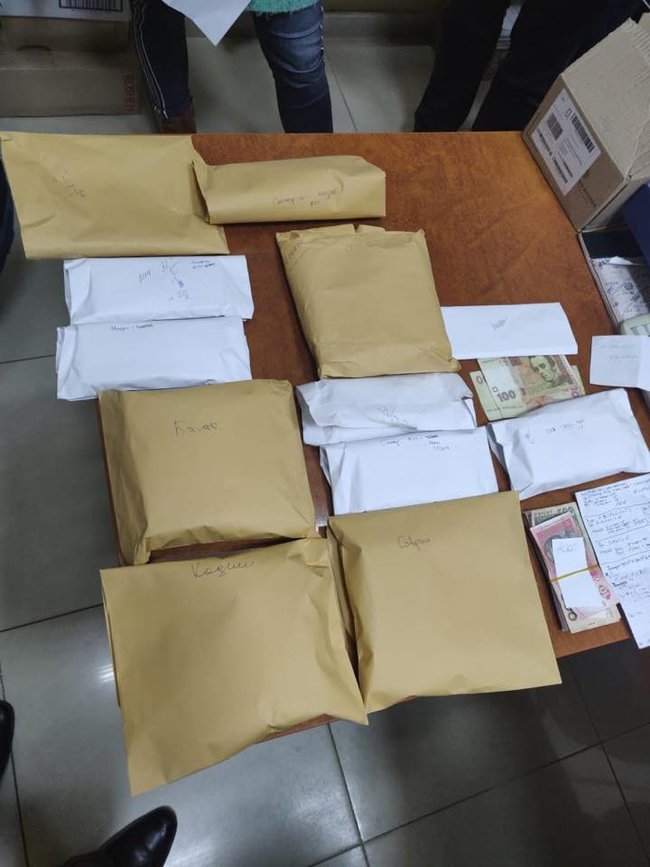 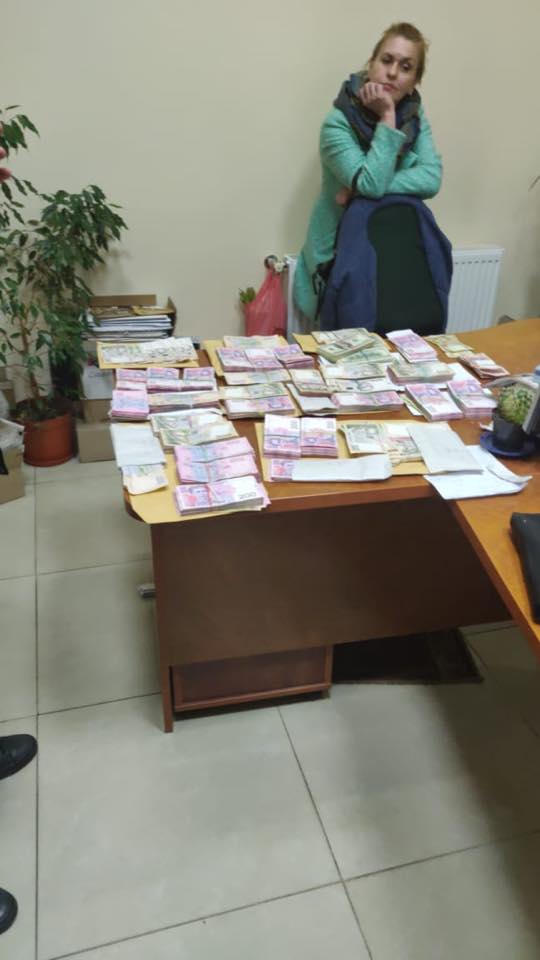 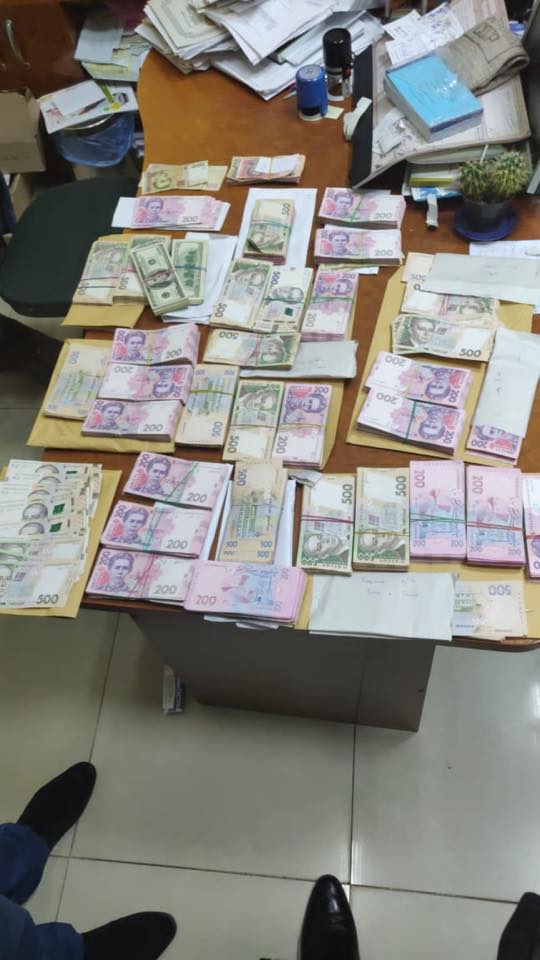 "Grid" is the bribing of representatives of election commissions that were supposed to guarantee voting for a candidate for the presidential election in Ukraine. Depending on the size of the polling station, commissioners planned to pay 2-3 thousand UAH.

During the searches, law enforcement officers removed lists of voters' personal data, information about alleged likes for candidates, records of distribution of money between volunteers and representatives of election commissions. They fixed the voting control scheme through controlled persons.

The investigation is ongoing (Part 3, Article 157, Part 4, Article 160 of the Criminal Code of Ukraine). Punishment for violating electoral law - up to 7 years imprisonment.

"Against the background of statements by the candidate Y. about the ecumenical bribery of power - regular lessons in the arithmetic of" black cash "for her all-Ukrainian network of deputy D. This time - Odeskaya", - commented on his page in Facebook this fact, the Prosecutor General Yuriy Lutsenko.

In Russia, they hinted that Putin in Belarus could not get his teeth on it

In Russia, they hinted that Putin in Belarus could not get his teeth on it
President of Belarus Alexander Lukashenko will not give the head of the Russian Federation Vladimir Putin his country.

This was told by the Russian blogger and financier Slava Rabinovich "Apostrophe".

According to him, Putin's plan to collect "Russian lands" will not be implemented.

"We can with a very high degree of probability assume that the way to raise Putin's rating, a new attempt to conceal the question of its legitimacy, is to do something that will strike a new splash of adrenaline into the brain of an inferior population, in order to again call Putin a collector of Russian lands," Rabinovich said. .

The blogger also explained how Putin can continue to "collect Russian lands" - through the Anschluss Belarus.

"And then we just recall how Putin took power out of Medvedev's hands, but Lukashenko is not a bear, it's still fruit. So I'm far from sure that Putin and his RAM will be able to easily implement their plan: nevertheless, until 2019, the Belarusian people and especially what can be called the Belarusian elite, are accustomed to the fact that they have as their own country,"- said Slava Rabinovich.